Another year is almost over and as usual, the ride has been a thrill.

It's also had its moments where I wanted nothing more than to halt its ascent and leap off the roller coaster.  Surely the fall would be far more exhilarating than the difficulty of another climb 😉

Here I am, wondering how I made it to the end of the year, while glimpsing back at how far I've come...

Some of my writing highlights of the year: 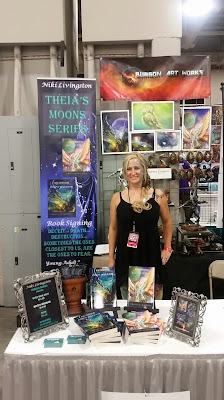 Eyes Wide Shut is book one in the Theia's Moons series by Niki Livingston, a riveting intro into a series that is very promising for young readers. The citizens of the Moon are peaceful, having forgotten the old warring days that drastically cut down their numbers. Malkia, the chosen one, the Leader of her people, couldn’t rest until certain that they are safe. Chosen by God to lead her people, she gets signs of impending danger. Now she must protect them from very powerful enemies. This book chronicles their struggle to remain safe and alive, the frustrations involved in the journey, and the startling truths that will rock their world and perhaps the world of readers.

The opening lines – although a dream, which I never love for an opening – are mesmerizing and offer great insight into the world of the protagonist. I loved the sense of mystery already introduced from the very beginning of the story. The reader is gripped from the start, transported to a dream world, a world where they are still children, but the beauty of the tale and the powerful prose doesn’t diminish in any way. It only gets better as the characters evolve and the conflict intensifies. Niki Livingston is a gifted storyteller and it is wonderful to note that her story is told from a perspective that will appeal to young readers. Aside from the entertainment, Eyes Wide Shut teaches readers some important elements of leadership. The presence of God in this story could be symbolic of the values around which true leadership is built. Eyes Wide Shut is a thrilling read. 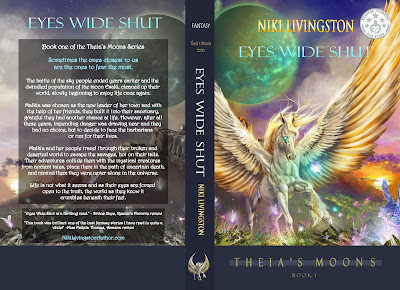 I have sold a number of books this year, but it has not been as high as I would like.  I'm setting new goals for 2017 and I hope you all stay tuned for all the writing projects I will be releasing and publishing throughout this next year!

Book three of Theia's Moons is going through an edit by myself and I'm planning on having it in my editors hand by the end of next week.  The book cover is being worked on and will be ready for its reveal by the end of January.  I will update soon on the actual release date, the book title and when it will be available for pre-order.  And for those who haven't began reading this series, I have printed books available to purchase on my website or the ebook and printed books are available on Amazon.

Thank you to all my readers, along with my friends and family who have supported me throughout my journey.  Your loyalty is noticed and I truly appreciate your love and encouragement! 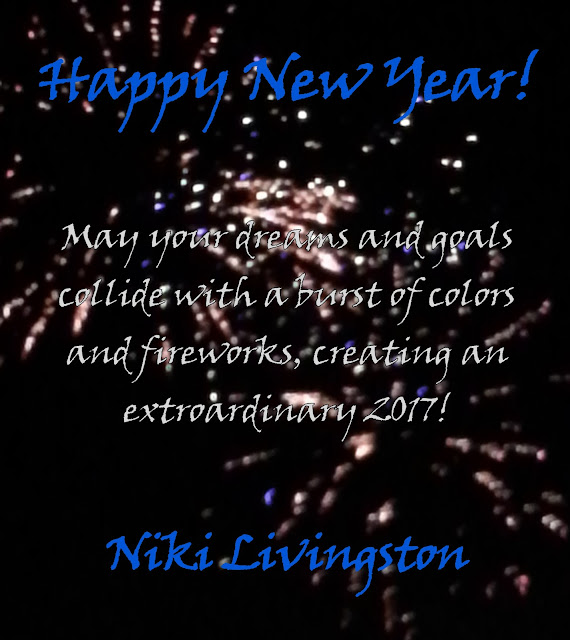