Life After Death - Does It Exist

My emotions are raw today.  A beautiful, sweet, caring, tenderhearted woman has passed away and I am on the other end finding ways to understand it all.

She is not the first person I have lost to death.  This is not my first rodeo... dealing with the death of someone close.

Someone who deserved to live.

Someone who had so much more to give.

Someone who was my brothers' life.

Someone who had children and grandbaby's who loved and adored her.

My heart aches for them.  My heart understands their grief.

However, I do not understand death.  I use to believe in a certain afterlife, but that was a facade.  It was a tall-tale.  A comforting lie.

Now I am left with my own emotions and no understanding of death.

BUT I am on a journey to understand death, through life.

Some of my thoughts and some of my findings...

Science and religion have battled death and life after death, for as long as I can remember.  I realize there are many scientists who believe in life after death, however from my studies, science has not proven this belief.

Is There Life After Death?

But then there is this...

Most common memories include a feeling of detachment from the body, feelings of levitation, total serenity, security, warmth, the experience of absolute dissolution, and the presence of an overwhelming light. - German Scientists Prove There is Life After Death

I recently read this study and my heart says it has to be true.  I want it to be true.

Believing in life after death, makes understanding death so much easier.  However, is it real?

My mom told us a story of my great-grandmas near death experience.  She says my grandma died in childbirth and remembered looking down at her body and her family in the room.  She said she saw a light, where a woman and a baby walked out of.  My grandma was given the choice to stay or go back.  If she went back she would have another baby as well... the one the woman was holding.  Obviously my grandma chose life and she did eventually have another baby.

Is this all true?  Did this really happen or was she having an illusion based on the chemicals in her brain protecting her while her body died?

I wish I knew.  I wish I could say without a shadow of a doubt, there is life after death.  That there is a place where our souls or our energy returns to.  A place where we live on.

Before I close, just one more study which sparked my interest:

"Of 2060 cardiac arrest patients studied, 330 survived and of 140 surveyed, 39 per cent said they  had experienced some kind of awareness while being resuscitated.

Although many could not recall specific details, some themes emerged. One in five said they had felt an unusual sense of peacefulness while nearly one third said time had slowed down or speeded up.

Some recalled seeing a bright light; a golden flash or the Sun shining. Others recounted feelings of fear or drowning or being dragged through deep water. 13 per cent said they had felt separated from their bodies and the same number said their sensed had been heightened.

Dr Parnia believes many more people may have experiences when they are close to death but drugs or sedatives used in the process of rescuitation may stop them remembering."

First hint of "life after death"

Thinking of all of these "scientific studies" I want to jump on the train with all the believers and say there is, most definitely, life after this one.  Like I said before, I hope for it.  However, I do not live by it.

I will not live under the threat of eternal damnation IF I do not live according to the rules of the religions in this world.

Once again, I live to be good because it is the right thing to do.

Maybe that is all I need to understand death.  Living right.  Living well.  Living life to the fullest.  So when we do pass on, die, participate in the circle of life, I will know I did everything the best I could for this world. 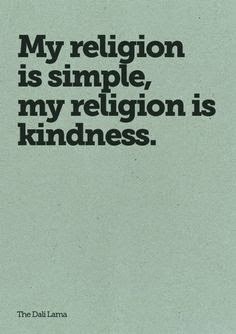