“Strength does not come from winning. Your struggles develop your strengths. When you go through hardships and decide not to surrender, that is strength.” -Mahatma Gandi 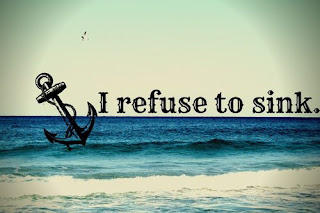 Tony Robbins asks five questions and these are my answers:

1. What has been one of the toughest times of your life that you made it through?

I married a drug addict. My toughest time was the five years I watched, while he destroyed everything we built, along with himself. I say watched, because no matter what I said and no matter what I did, nothing changed. He stole, he lied, he told me I was crazy, he disappeared, he threw up, he drugged me, he rigged my phone to not turn on, he got our telephone wires cut, he had mafia after him, etc., etc., etc.

2. What pulled you through this crisis?

My children. I had to protect them. Although his fatherhood was never questioned, he put all of our lives in danger, multiple times. I couldn’t turn to anyone for a long time, because I feared their rejection of him. I finally had to make a decision... take back my power or fall with him.

3. What was your life before the crisis?

Before I realized the drug addiction, I was happy. The first six months of our marriage was absolute bliss and joy and I laughed at people when they claimed the first year of marriage was the hardest. At that time, I couldn’t imagine a better relationship.

4. What did you do to turn things around?

I walked away. After his druggie friend called me and told me my husband was a mess and a hazard to everyone around him, I knew he had crossed a line that I could no longer save him from. I barely saw him any more, as he was gone day and night, only returning once or twice a week and I had no idea what was occurring in his life. I called my dad and brothers and I left that night. It was the day I chose to not be a victim any longer.

5. How is your life better today because of what you went through?

Before him, I didn’t believe I had a voice in this world. The day I took back my power and chose to stand in my strength was the day I realized I not only had a voice, but I had the right to express it.

What are the answers to your five questions?