Facing What I Wanted To Bury

"Self-care is how you take your power back." - Lalah Delia

It was August 31st, 2019 when my life veered in a direction this Capricorn had not planned for 😱 I picked up my phone and stared at the text that glared back at me. It was from someone very close to me. Someone who knows me better than most. Reading the text sent my mind in a tailspin. I was floored. And terrified. What had I done to myself? How could I have been so selfish?

I sobbed for two days straight as I researched and read case after case of women who were experiencing similar ailments as myself. I was relieved, but devastated at the same time. Relieved because I finally knew why I was so sick, and devastated because I did this to myself. It was as if I had sucker punched myself in the stomach.

Now, it's time to face my past mistakes head-on, because ignoring them will no longer work.

Revealing raw, vulnerable emotion and personal ailments to the world is terrifying. Plain and simple. I have struggled with this post for several weeks and even as I type I'm second-guessing myself. And the funny thing is, I don't know why. Most people are good, supportive, loving human beings.

After several self-lectures and private rants, I'm finally writing it all down. Are you ready for this? I know I'm not, but I made a promise to reveal my troubles and more than that, I realize it's important to bring awareness to others. If I can convince one person to stay far away from making the same mistake, then I have succeeded. It is NOT worth it. What I am experiencing is mild compared to so many others. So here goes...

I have nearly every symptom of Breast Implant Illness.

Yes, it's a thing. And many doctors and surgeons not only recognize it, but they are advocates for those whose voices are being drowned out by the many more doctors and surgeons who do not believe there is such a thing. Which baffles me, because a group of over 97,000 women and growing everyday, who share similar or the exact same symptoms would be a strong indication to any intelligent human that this is going to blow up in the world's face. It's only a matter of time. And if I was in the medical field, I would want to be at the forefront of this explosion.

In fact, it was just recently discussed on The Doctors - What is Breast Implant Illness?

And then there is this article - Breast Implant Illness - Insider.com

Most importantly, regardless of what anyone else believes or says, I know my body. And it's suffering. All because I chose to have foreign objects placed inside it. My symptoms are too similar to thousands of other women's and anyone would be a fool to dismiss the ginormous possibility that breast implants are slowly poisoning women with their toxic components.

My story begins in the Spring of 2006 when I had saline implants, with a silicone shell, implanted under the muscle. Before the implants I never had any of these following ailments plague my body, aside from a mild case of anxiety that rarely gave me any issues. I was full of energy and motivation, living life to the fullest in every now moment. I look back on that woman and wonder why she felt like she wasn't complete. It took thirteen years of watching myself slowly deteriorate to see my value. I was already beautiful and whole just the way I was.
These ailments have been plaguing me for several years now and they are only increasing in intensity and duration. The medical experts I visited in the beginning were stumped by this first wave.
***Side note - I was admitted into the hospital for Pulmonary Embolism shortly before these symptoms began firing their attacks on me. I was prescribed Coumadin for six months. The symptoms that disappeared after detoxing from this medication, I have excluded from this list.  However, they did return with a vengeance about six years ago.

Then, at the end of 2008 I found out I was pregnant. That became my main focus. It was by far my most difficult pregnancy but I attributed that to being the ripe old age of thirty-two, instead of twenty-four (previous pregnancy).

My body swelled like a blow-fish and I retained water as if I was a camel on a long voyage through the Sahara Desert. I was mortified. Even my neighbor so boldly stated, after I told him I was due in a month, "It's a good thing, because you're getting huge." He chuckled and I had a vicious Allie McBeal moment that was slightly subdued when his wife punched him in the arm.

The weight did come off after a couple of years, with an extremely healthy diet of no sugar and processed foods, as well as 6-7 days a week of intense workout.

All the above symptoms were still a problem, aside from heart palpitations and the weight gain.

And then these additional symptoms began to rear their ugly and nauseating heads. At first the occurrences came and went and they were easy to ignore, but as the years rolled by they have become exhausting. To the point that some days I don't want to face life. At all.
For the past two years all of the above symptoms (earlier and later) have become unbearable. I was beginning to think I was dying. Nearly every day I am battling most, if not all, and I am tired, frustrated and disgusted with myself for not being able to keep up with my life any more. I honestly believe that the only reason I have been able to hold off the onslaught of issues is because of my healthy lifestyle. But even that isn't helping any more.

For example, a day last year I drove myself to the ER one day terrified I was having a heart attack. When I gave the ER doctor my long list of ailments, he said, "Fascinating. I would love if you would stay so we can run more tests on you and possibly catch another panic episode in action."

It was far from fascinating to me. It was frightening. I had several vials of blood drawn. And as always, every test came back normal. My thyroid, my hormones, my blood sugar, everything. And my heart was in perfect condition.

I would have never guessed what was causing me all those health problems! Not in a million of years.

My breast implants were slowly poisoning me.

And now, getting them out is my main focus. I am putting every extra dime into a savings account so I can pay the thousands of dollars to explant. It won't be cheap and it won't be easy, but I cannot wait to get my life back. I cannot wait to take that full breath again. To enjoy food without a metallic taste dulling it.  To go a week without nausea and headaches overruling my days. To not feel exhausted the moment I wake up and forcing myself to make it through each and every day. To not fear the panic attacks that are teetering on the edge of my mind. I CANNOT wait.

If you want to help me along this journey, I have lots of BOOKS to sell! Share with your friends and family. Spread the word. I am not asking for charity. Just that if you love to read or know someone who does, take a dive into one of my books and support me with the money I earn from your purchase. Below are links to my books and swag, along with my Amazon Affiliate store. I only earn a tiny percentage, but every penny counts, so if you're going to buy, please do it through me.

I am determined to have these toxic bags removed within the next six months. The earlier the better. And there will be more to say as I stumble down this new path of mine. I really hope you stick around.

As for forgiving myself for my unwise choice, it's a work in process, BUT I am finally seeing the lessons for what they are and have come to peace with where this path has led me. On my bad days, when my body feels like its falling apart, I still get upset with myself. It can be unbearable. Thankfully, my self-love is slowly rising to the top and I am taking the long, deep breaths to soothe my grief. 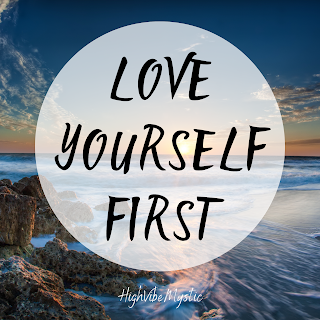 Above all else, if you know of someone or you are someone who has breast implants and you or them are dealing with the same ailments, educate one another. And if you are contemplating putting these toxic and poisonous bags in your body, I hope you don't. I strongly urge you to reconsider and do the research. You are perfect just the way you are. Take up yoga and meditation, and find the beauty you already possess.

That's my sage advice for today.