If you have other things in your life—family, friends, good productive day work—these can interact with your writing and the sum will be all the richer. – David Brin

This Author is someone I met by chance, and I have enjoyed every moment of our interaction. From the moment we first chatted, to the instant I read her answers to this interview, I knew we were kindred spirits.  She is a positive, well-natured woman, who works hard for what she desires. For this I admire her, and I am pleased to highlight her on my blog.  Please meet Makala Thomas! 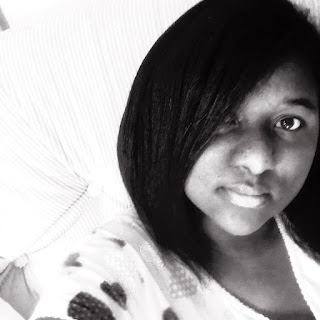 1. If you had thirty seconds to describe yourself, i.e. who you are, what would you say?

Smart, talented, a bookworm, a huge Harry Potter and Disney fan, really into Game Of Thrones and Once Upon A Time, a sly comedian, really caring, never down for too long, and pretty confident now in life when I never was before.

2. If you were a candy bar, what would you be and why?

Ooh I have to think. I would probably be a Milky Way Bar. They’re hard on the outside but soft on the inside, like me. When I’m upset or I’m not comfortable with you I climb into a mental metal shell which shields my true self. When I’m comfortable and happy again, I’m the fun, happy me :)

3. What can you tell us about your current project?

I am working on three projects, so I will tell you about all three! I am currently writing an adult book for ages eighteen and up. There is violence and sexual scenes not suited for younger readers, so I will do my best to make sure there is some sort of limit when the book becomes available. My second project is one I stared writing in 2012 but my laptop was stolen so I lost it. However, what I wrote and planned for this story was still fresh in my mind and I knew I had to get it written again, because I believed it was a pretty great story and can’t wait to share it. The third is book six of my fantasy/romance series The Link. Book five was released earlier this year and I’m hoping to release book six in Autumn. 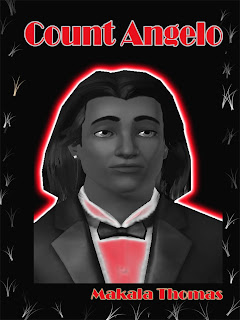 4. What are some of your past projects that you would like to tell us about?

Some of my past projects… there are many but I shall whittle it down. I am very fond of two books out of The Link series, still of the fantasy/romance genres. One is called Count Angelo and the other Jeiklee. Count Angelo is a love story about a young girl called Bianca Davis who travels with her father and brother, and while away from England she meets and falls in love with Count Angelo, also known as the Grand Vampire. He is worshiped by all vampires, and pretty much rules the land. But he has a sad past; his previous vampire lover Alicia walked to into sunlight and her death after breaking his heart. Count Angelo vowed never to bite anyone again nor love, until he meets Bianca Davis. The book is full of twists and adventures including werewolves, bloodthirsty vampires and more. I was very pleased with the responses I got from people who read this book.

Jeiklee is the latest book out of the series, about a boy who was taken at birth from his parents and raised in the mortal world, where he didn’t really belong. Jeiklee had magical parents and knew the people who raised him were not his biological parents. When Jeiklee began asking questions, his adopted parents tried to lie to him and told him horrible things, much to the outrage of his real parents, who came to his home to set the story straight. Jeiklee asked for a day with his real parents, and was taken to the world he belonged to, Severna. After meeting witches and wizards his age who didn’t find anything odd about him like the people on Earth, Jeiklee knew this was where he was meant to be and pleaded with his real mother and father to bring him home. They agreed, and that is where the adventure begins and continues throughout the book, in the land of Severna. 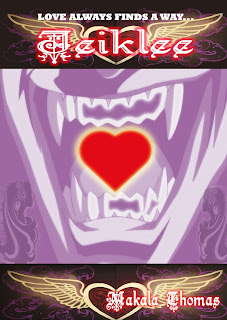 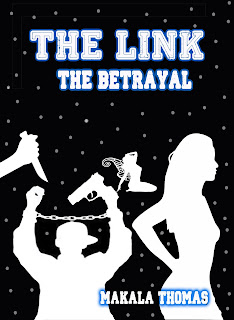 5. What are you doing in your life to influence the world and/or community?

I always reach out to my readers especially the ones who have supported me for years. I recognise a few familiar names in reviews and online who I contact and don’t hesitate to send a free book to because they were there when I started out and they are still rooting for me over five years later.I also give books to my local charity stores but am working on sending some to other stores and charities. I also write for indie directors and turn the stories written into scripts once I have their approval. More than one of my scripts will be turned into film (indie) this year.

6. Who do inspires and why?

I have a one-year-old baby girl who is my sun, moon and stars. She inspires me in every way to do and be better each day, and will be two in July. When she was born I didn’t really have much time to write but as she is more independent now, so am I. I have two younger sisters also inspire me. They are both teenagers under eighteen years, but they like to read, which is a plus. They also rooted for me from quite a young age and I enjoy their questions about my stories, some which I have told them they cannot read until they are older.

8. If you could trade places with one person for a week, famous or not, living or dead, real or fictional, who would it be and why?

It would have to be a Disney Princess, there are too many to choose only one, but it would be between Princes Anna, Tiana or Jasmine. I’d love to go on the adventures they did to find themselves and find true love. I am a huge Disney fan :P

9. If you won 10 million dollars in a lottery, what would you do with it?

I would give two million to charity, put one million in an account for my daughter, buy a house, travel to a few desired destinations, give half a million to the woman who raised me, and keep the rest for a rainy day.

10. If you could travel back in time, what advice would you give to your teenage self?

Don’t be scared of being who you are, because even though people think you’re a nerd or brainbox that’s totally ok. You will become a great person in the future so don’t lose sight of your hopes and dreams.

11. How do you define success and how do you measure up to your own definition?

Success isn’t about being rich and famous. Success to me is finding inner peace and being happy, and I think I have it.

12. What are you biggest goals and dreams?

My biggest goals and dreams is to publish every book in The Link series by the time I’m thirty or thirty-three.

13. What is stopping you from pursuing them?

Right now the task is in motion, but I can’t write all the time every day as I have other responsibilities like caring for my daughter, seeing and helping the woman who raised me.

14. What risk would you take, if you knew you could not fail?

I would explore the ocean world. I’ve always thought that Earth is two worlds; land and sea. I’d love to know and discover what’s out there, as not one hundred percent of the ocean has been discovered. I used to be totally convinced mermaids exist when I was a teenager because of that fact. I always told my elder siblings they were out there.

15. What is your biggest strength?

My biggest strength is forgiveness and letting things go. I have been hurt by a lot of people but I don’t let hatred fill my heart. I forgive, move on, most of the times without the people who hurt me. I always stay positive and make a good thing out of a bad situation.

16. What is your perception of the world?

People do bad things but that doesn’t mean the entire world is bad. And we shouldn’t judge an entire race because of crimes committed by a few of that race. The world is beautiful and if we could all help each other instead of ignoring those in need, it would be pretty much perfect.

17. If you could change one thing, and one thing only, about the people of this world, what would it be?

That people don’t use religion as an excuse to hurt others.

18. We are always making choices.  Are you choosing for your story or for someone else’s?

Both. I do what I do for myself and my loved ones, but am hoping to expand and stretch that to others I don’t know too.

19. How have you grown and improved this year?

I am a total introvert and like being alone, I always have since I was very young. This year I am trying to mingle with family and friends way more than I did last year.

20. Where can we connect with you?

You can email me at:

The Diverse Works Of Makala Thomas

Add me on Skype by searching: misskelz90

You can also find my two Wordpress blogs, which are:

One blog is my normal blog where  I post poetry, short stories and more, the other is my book preview blog. You can preview my available books from pages 1- 50 before making a decision to buy. 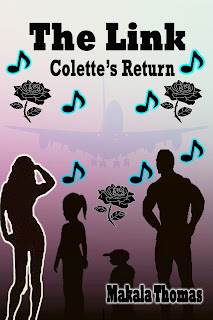