Taking Back Your Own Power

The other day I wrote a post listing four of my frustrations and issues with the world and our media.  You can find it here, if you would like to read it:

I realize I was a bit harsh, but I do not regret writing it.  I am not one to write those controversial of posts, because I believe that it invites more negativity into a person's life.  However, writing those words was not done lightly and I am honoring my feelings on those issues.

There is a fine line between allowing the negativity to consume your life and standing up for what you believe in.  If I remain silent just because I fear the backlash or dread the negative comments, I will only allow for the world to hold my power.  And that is not something I can allow to happen. 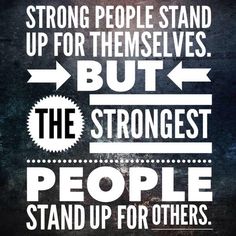 Someone once said to me, "You are part of the problem, if you choose to remain silent, and never stand up for others or yourself."

That right there, has stuck with me for a very long time.

The other day, when I decided to list my frustrations, and announce to the world I was boycotting the media outlets, I was doing it to take back my power.  It was not to hurt or ridicule any of the good people of our world, but only to remind myself, I have a choice.  My struggle with the garbage that is being broadcasted over the TV and social media, was my own issue, and I found a way to take back my power and gain control of the situation, until I discover a better way to deal with it.

Taking back your power... It can be a process, or it can come swift and firm.  It depends on the situation and your own determination and will power.


****Just in case anyone takes what I said, as an excuse for hurting another human, or animal for that matter, then you have missed the point entirely and should return to my first post on the subject and read from the beginning****

Just a little story of my own...

I was once married to a drug addict.  I'm not talking about marijuana (although he did partake), I am speaking about cocaine, meth, heroine, etc.  Any hard drug, plus pain pills, he used.  I was afraid, alone, and the mother of two small children.  And I thought I was powerless to change my stars.

One night, I received a phone call from his drug addict buddy.  He was frightened for my husband, and wanted to warn me that "C" was out of control.  He proceeded to go down a list of events that had occurred recently.  I stood petrified in my kitchen, tears rolling down my cheeks, my hands shaking with grief, as one by one he named these awful things "C" had been doing.  A tornado of emotions swirled rapidly around my body, as dread for my life and my children's lives filled my mind.

I don't remember hanging up the phone, or even calling my dad, but within the next thirty minutes my three brothers, my dad and my good friend pulled up to my house and proceeded to pack up my belongings, and load them into their trucks.

Somehow, in one of the darkest holes of my life, I found the courage to free myself and my children from the dangers of his world.

Of course, it did not end there, and my life took some turns that scared me more than that phone call did, but I survived, and I did it because I found the strength to take back my power.


I believe in the people of our world, and I also believe we have the ability to evolve and ascend to higher degree of humanity.  Taking control of our own lives, along with taking responsibility for our actions and reactions, will only make our planet a more peaceful place to live.  If we only stopped blaming others for our own lives, and realized we have the capability to change our stars, then the violence has a chance to end and we will no longer live as victims.

That was my point in the other post.  Even when something bad happens in our lives, because we cannot control other people's actions and reactions, we can still make a choice...

Be a victim and live in a state of anger, self-pity, hatred, resentment, etc, until we die with nothing to show but a sad life.

Rise above, take back our power, and live a life of accountability, love, peace and happiness, walking our own path, so when we reach the end we can look back and smile.

What choice will you make? 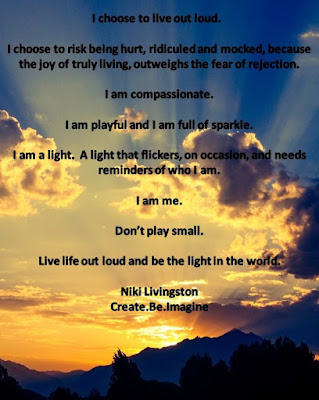